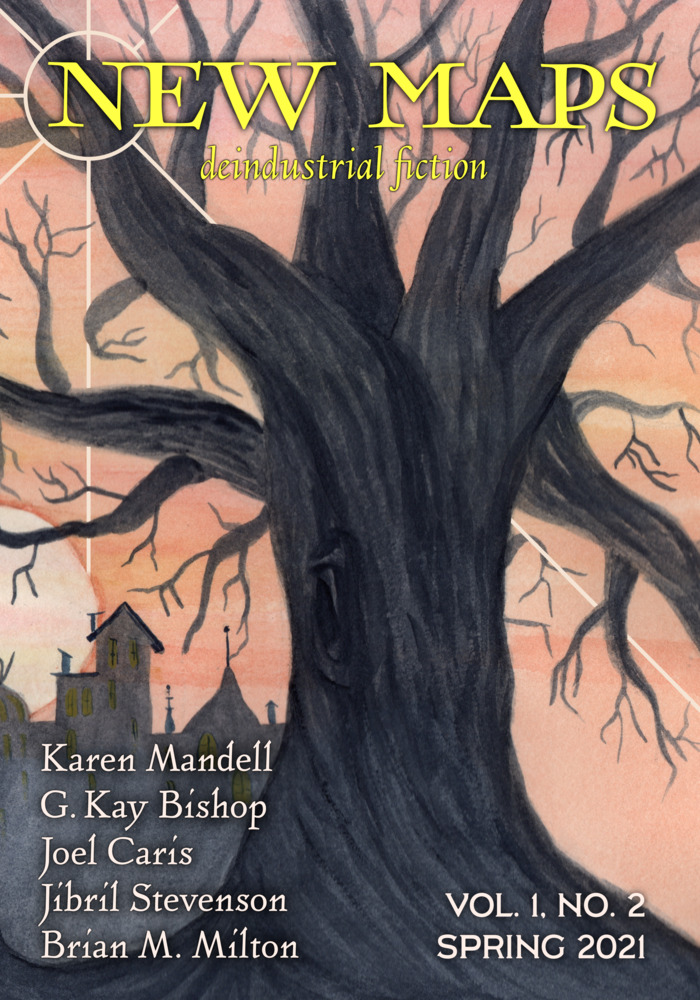 The second issue of New Maps is now available! The spring issue features five new stories that travel to a terrific breadth of different new worlds, enough to offer a sampling of how many different futures the future may hold. A tale of espionage, scheming, and new friendships. A night of quiet but life-altering reflection. An international negotiation that threatens world-shaping consequences. A left-behind newspaperman’s pursuit of a comically misguided vendetta. A story from long ago, called up for the grandchildren. Along with these come book reviews, some thoughts from your editor on imagining the future, and a really hopping Letters section, which I can certify has a lot to think about in it, because I’m still thinking about it. Not to mention great new cover art from Bruna Nobrega.

If you’re a U.S. subscriber, your copy should arrive sometime around the end of April or beginning of May; for international subscribers, allow a little longer, although because of the vagaries of printing, many UK subscribers—whose copies are printed in and sent from the UK—have gotten copies already, even before I have. (I’m not exactly sure what the proper response to that situation is, but I seem to be arriving at “Congratulations.”) If you haven’t subscribed but would like to order a copy, you can get it from the Order page.

Thank you for your support and your letters. They make this issue possible, and they make it not only a collection of stories but a community. I reckon the second time carrying out a project is a true test of its possibility; the excitement of a new project has somewhat dissipated, but there remains the task of putting something together that lives up to that excitement. By that measure, I think I can say that New Maps has a lot of good issues to look forward to.